There are books, poems and articles that stay with you throughout your adult life. In my case I can cite one of each and recall the person – in all cases A family member – who originally brought them to my attention. When I look back I realise these were the people that influenced me in my early years. They set me on a path in pursuit of happiness and success.

A Book. As far as books go for me it has been ‘How to Win Friends & Influence People’ by Dale Carnegie that set me on my path. I have a 1977 paperback edition. The subtitle on the front cover says: ‘The phenomenal bestseller that is helping millions find success and happiness’. It’s well used, marked up with pencil and has post-it notes sticking out to draw me back to things I must have thought were important to me in the 1970s and beyond. I was introduced to this book by my late father-in-law Ken Smith. What’s even more exciting for me is that I now have Ken’s 1936 hardback imprint of the same book. And it has his pencil marks ups, which give me a great insight to what was important to him in the 1940s and 50s as he started out on his path to happiness and success in his life and in his career. The inside front cover of Ken’s book quotes Carnegie’s ‘Twelve things this book will help you achieve‘.

A Poem. The poem that influenced me was ‘If‘ by Rudyard Kipling which my mother Peggy sent me in 1968 when I had left home to go to University. I believe at that time she was offering me a pattern for my future life.

An Article. We have to wait until the new millennium for the article that has influenced both my wife and I ever since that time. It was my father-in-law Ken again who sent us a clipping from The Sunday Times of 30 January 2000 entitled ‘How to be Happy’. It was  an article by Gyles Brandreth in which he interviewed the eminent Irish psychiatrist Dr Anthony Clare who offered his seven point plan for happiness. We have followed Dr Clare’s prescription ever since. And just last month my wife Sue introduced me to a new article in the Independent about a ten year research programme by ‘Happiness Expert’ Eric Barker. In the article the Indy’s lifestyle writer Kashmira Gander summarises “Eric Barker has spent almost a decade uncovering why some people seem more happy and successful than others, but his findings don’t always make for comfortable reading“.

There is a surprising fourth source of inspiration from a family member – a Document of State – but more of that later!

What can we learn about the Pursuit of Happiness and Success from these publications?

How to be Happy – according to Dr Anthony Clare

Here is the fridge magnet summary of what Dr Anthony Clare revealed in his interview for the Sunday Times back in 2000 about ‘How to be Happy’ .

And here is how Dr Clare expanded on his prescription for happiness.

Number one: cultivate a passion. “It is important in my model of happiness to have something you enjoy doing. The challenge for a school is to find every child some kind of passion – something that will see them through the peaks and troughs of life”.

Number two: be part of something bigger than yourself. “Be a leaf on a tree. You have to be both an individual – to have a sense that you are unique and you matter – and you need to be connected to a bigger organism: a family, a community, an organisation, a company”.

Number three: avoid introspection. “If you are rather a complicated person, people may avoid you. If, on the other hand, you are a centre of good feeling people will come to you. I see the tragedy where people sit in my chair and say they think they don’t have many friends and they feel isolated and unhappy. Put them in a social group and they talk about themselves. It puts other people off. To them I say avoid introspection”.

Number four: don’t resist change. “Change is important. People who are fearful of change are rarely happy. People are wary of change, particularly when things are going reasonably well, because they don’t want to rock the boat. Uniformity is a tremendous threat to happiness, as are too much predictability, control and order. You need variety, flexibility, the unexpected, because they challenge you. Embrace change”.

Number five: live for the moment. “Look at all the things that you want to do and you keep postponing. Postpone less of what you want to do, or what you think is worthwhile. Don’t be hide bound by day to day demands. Spend less time working on the family finances and more time working out what makes you and your family  happy”.

Number six: audit your happiness. “How much of each day are you spending your time doing something that doesn’t make you happy? Check it out and if it’s too much time then change it. Don’t complain – do something about it”.

Number seven: play the part and be happy. “And finally, if you want to be happy, be happy. Act it, play the part, put on happy face. Start thinking differently. If you are feeling negative, say ‘I am going to be positive’ and that, in itself, can trigger a change in how you feel”.

Now I come to the article in the Independent last month which my wife Sue sent me as an inspiration for writing an article on The Leadership Coach Blog. ‘The Most Important Thing You Need To Succeed In Life’ was written by the Indy’s lifestyle writer Kashmira Gander. She warns us the research findings by Happiness Expert Eric Barker don’t always make for comfortable reading. How true.

Firstly, Barker suggests that “Narcissists do better in job interviews, are more attractive on first dates, and are more likely to be promoted to leadership positions,” Barker, who has recently released the book Barking up the Wrong Tree off the back of his Blog of the same name, tells The Independent. “It’s distressing to realise that, at least in the short term, a lot of bad behaviour can pay dividends.”

Secondly, Barker discovered through other research that sycophantic behaviour such as managing how your boss sees you, or more specifically ‘ass-kissing’, can be more important than hard work when it comes to climbing the career ladder. Even when a manager knows that it’s totally insincere.

Barker admits this all goes against the grain – achieving success while stepping on more than a few toes. He then directs us to research at Harvard which showed that leaders fall into two categories:  filtered and unfiltered. To find out more, read the whole article at the Independent Online.

You might call me old fashioned, but I prefer the wisdom on Happiness and Success from a previous era to the 2017 findings of Eric Barker.

Life, Liberty and the pursuit of Happiness

Here is the fourth source of inspiration from a family member. Coincidentally I started writing this article on the 4th of July – the anniversary of the United States Declaration of Independence (4th July 1776). Senator Roger Sherman (1721 – 1793) was one of a committee of five people who edited the original draft for this great document of state. “Life, Liberty and the pursuit of Happiness” is a well-known phrase from the United States Declaration of Independence.  What is the family connection? The Senator is my fifth cousin, seven times removed. I know he is a bit of a distant relative, but its great to know – albeit unwittingly – that the great man is sending me a messages down seven generations about ‘The Pursuit of Happiness‘!

Dreams I Dream for my Daughter. A Successful Business Woman

I never lose. I either win or learn!

Small Gearings of a Big Engine!

The Celebration of Life and the Pursuit of Happiness

What made my father-in-law Ken Smith happy? In a word – Family. Hence the picture of him accompanying this article from 2001 with his six week old great granddaughter (my granddaughter) Georgina. “This is how I want to be remembered” he said. 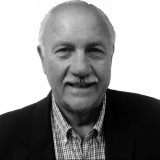